Keep it all between your beer and your hockey hair.

I will buy the first person who can reference my title a beer. :)
Ok- I know that today is SUPER BOWL XLV.  And I am obviously in Pittsburgh, and going to watch the game in the South Side.  For those of you who don't know- the South Side is definitely the most "ruckus" place in Pittsburgh, with a rumored bar scene that is only rivaled by Na'lens.  Lots of young people+Lots of bars= RUCKUS!  So yes- will be blogging about my Super Bowl experience there shortly.

However, have to tell about my hockey experience first, the Penguins are awesome and really fun to watch.  Minus the Pirates- Pittsburgh sports team are good! I have only seen a handful of hockey games in my life, and still cringe a bit at the fights but the game we saw a couple of weeks ago, on 1.25.11- Game 26 Pittsburgh Penguins VS. New York Islanders was awesome.  (Thank you to Van's mom, Shelley for the present!)  The game was at the brand new Consol Energy Center, which is an incredibly modern and beautiful arena, for more information and photos you can click here.

Anyways, Van and I got our $10 Yuenglings and hotdogs and had a fun night.  As far as I could tell, there were no bad seats, because of the pitch in the arena. 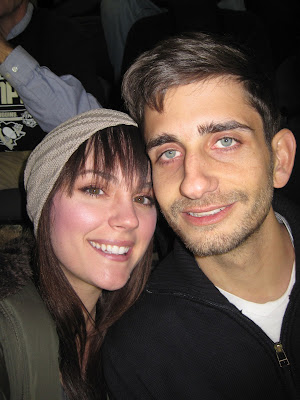 .
And YES the Penguins won that night: 1-0.  Here are some images from the end of the game- I believe that they announcer said there were 18,000+ people there. Crazy! 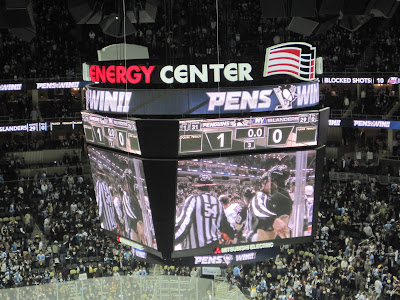 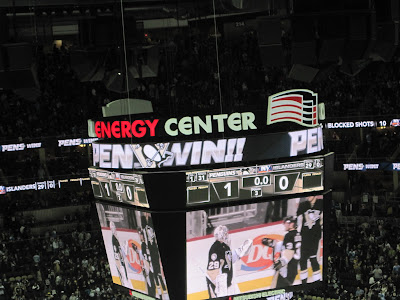 Oh, haha- here's a little gem...I didn't know that the fans were chanting "Go Pens" and so I was accidentally chanting "Go Pengs."  Not a huge difference- but I felt stupid later.  Ha.

More of Consol Energy plus 18,000 Penguins Fans and a few Islanders fans. 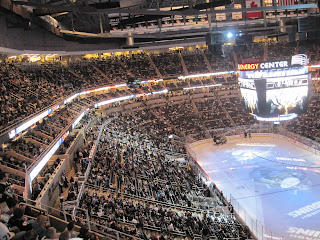 It was a little unfortunate- because Sid the Kid was out with a concussion and so couldn't play, and Mike Comrie, (Hillary Duff's husband) was out as well- but still an experience and they still won. 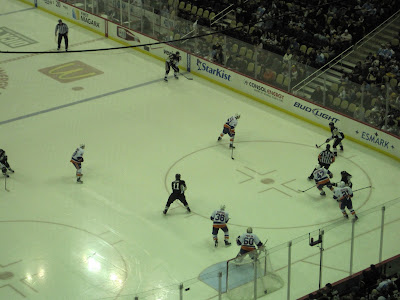 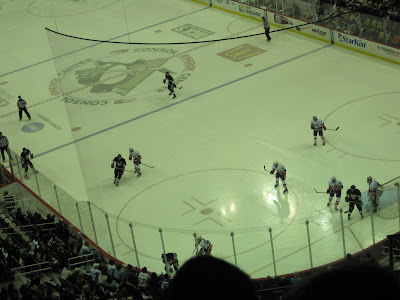 Aight- enough hockey talk...and although I am a band-wagon fan, GO STILLERS.  Gotta root for the city where I am living.
xx M