Unless you've been living under a rock for the past week, you should know that the Pittsburgh Steelers lost to the Green Bay Packers in the XLV Super Bowl 25-31.  You may remember that Van and I were going to watch the game in the South Side of Pittsburgh, lots of people and bars.  However, we were headed to a house party.  Here is a funny photo from the South Side a couple of hours before the game last Sunday. 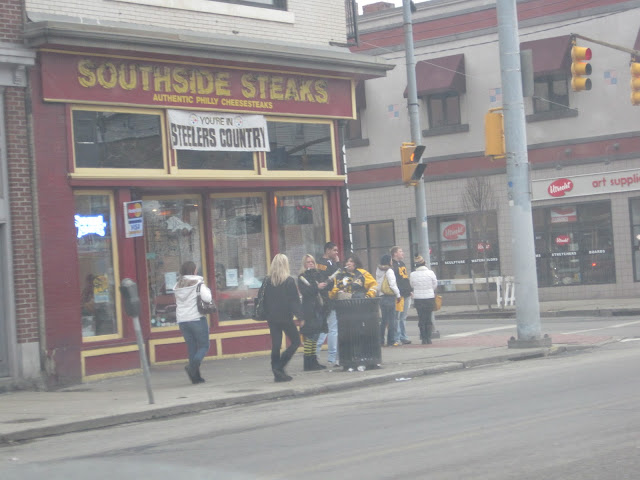 I had never seen so much black and yellow before in my life!  [Insert Wiz Khalifa lyric here.]  You should also probably check out the official Black and Yellow video.  I like to change the lyrics to "Purp and Yellow" when I'm rooting for the Lakers. Regardless, the Steelers lost.  :( Obviously I am a band-wagon fan, but since the Seahawks weren't playing and LA hasn't had a team since The Raiders- I wanted to support the city where I live. 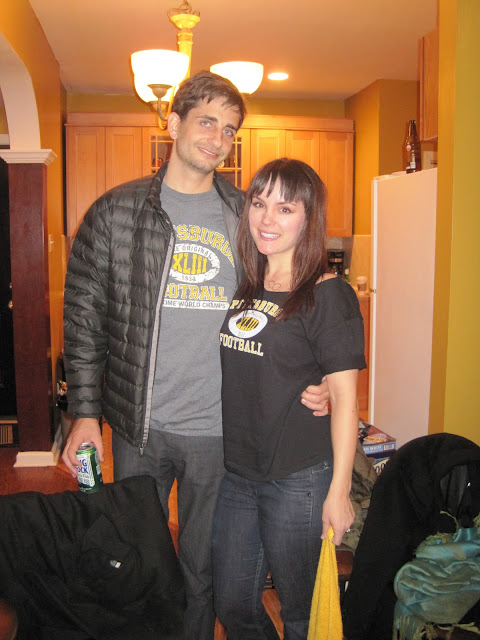 Please note our knock-off $5 "Pittsburgh football" shirts, (my shirt was a child's large that I cut-up), and the terrible towel in my left hand.  Those things have an epic saga that stemmed from a brilliant marketing ploy.  Read about it here on Wikipedia.
Anyways, I don't really have any crazy stories or photos, because everyone was pretty saddened and bummed after the game and pretty much went straight home.  Also, when we were driving home I had never seen so many cops in my life- I guess they didn't want any riots starting.  A couch was lit on fire down the street from my house, not sure what the message there was??
Here are a couple more shots from the game day house party. 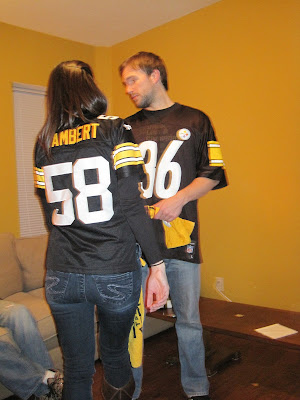 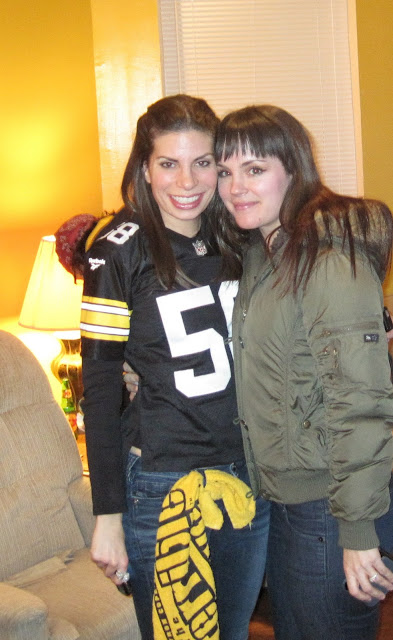 So no great wins for Pittsburgh football this season- let's keep our fingers crossed for the Penguins and the Stanley Cup.
xx Megan
Posted by Megan Loraine at 2:20 PM