Hola.
I went home for Thanksgiving, back to beautiful sunny Orange, CA.  And yes, it really was 85 degrees in November, absolutely perfect.  Couldn't have asked for a better vacation.  :) Although I am thrilled that it isn't snowing yet in the Burgh- and it has been pretty sunny, it's just so cold, my god it's cold outside. Baby, it's cold outside.
Anyways, my parents hosted a lovely celebration at their house- that included 16 guests. Below is me with my Godfather Ric and brother Jack. 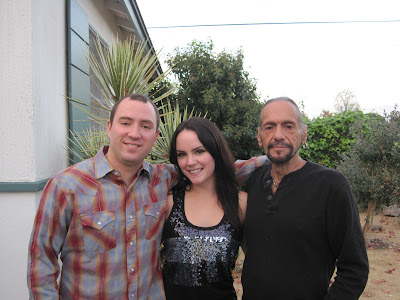 After Thanksgiving, Ric was headed to NYC (as the director of Mad Women,) that is now playing at La Mama in NYC.  Go see it friends, Van and I are going to NYC next weekend for my birthday, and are seeing the show, (me for the second time- on Dec. 10th.) Anyways, because Ric was going to NYC my parents were dog-sitting for him.  Sparky and Ric are like two peas on a pod...literally have not been separated for more than 3 days in 8 years...really. So, both were a little emotional about leaving each other for 10 days.
The first night without Ric, Sparky pulled an all-nighter- and was very anxious, but after that he was fine and chilled a bit.
Below are Bru, (our doggie- Japanese Chin) with her cousin Royal, (Tiffany's dog- also a Japanese Chin) and Sparky, (Ric's dog- Chihuahua mix.) 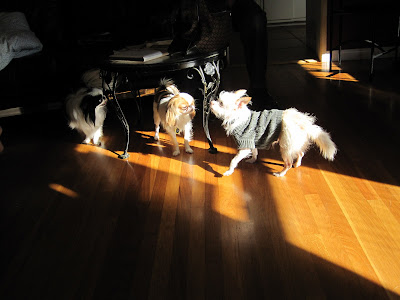 And my mom with Sparky. 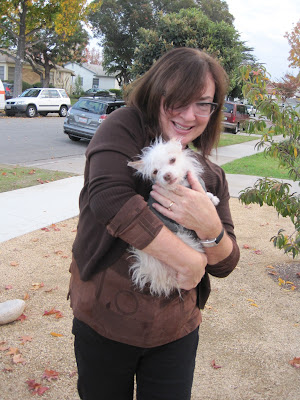 The Chin Cousins, Royal on left, Bru on right. 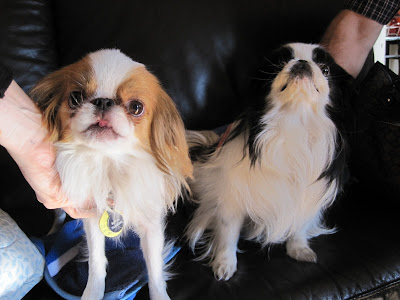 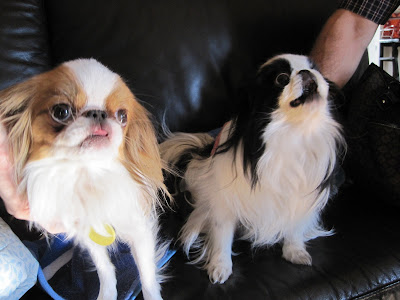 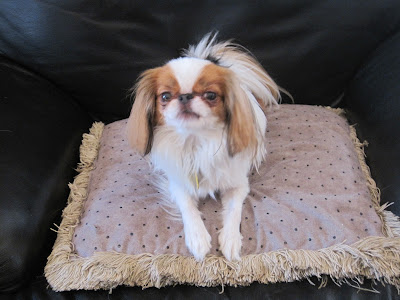 Alas, Royal only joined us for the afternoon- while Tiffany helped with my wedding planning.  Thanks Tiff!
The next day we took Sparky and Bru to Laguna Beach, they loved it.  How could you not? 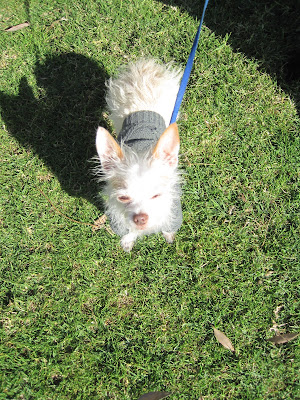 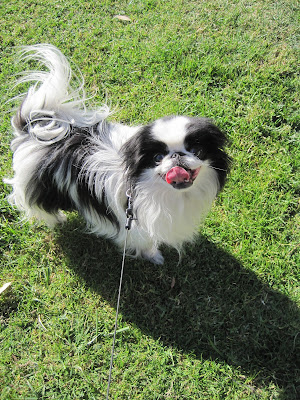 Me with doggies and my Dad in the sculpture garden. 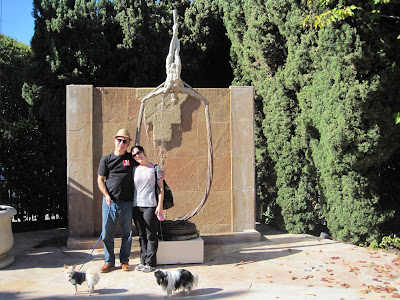 Very fun Thanksgiving break- so happy that I was able to spend it with my family.  Also, excited to be headed back to SoCal in a mere few short weeks for the Christmas holidays.
Tis the season...and yes, I am listening to my "Mariah Carey- holiday" station on Pandora.  You know it's a guilty pleasure too.
xxM
Posted by Megan Loraine at 2:25 PM