I Heart Meat and Potatoes

I think it's hilarious to reminisce upon the fact that I used to be a semi-vegetarian before I met Van, meaning I did not eat very much meat, and when I did it was mainly sushi and occasionally chicken. After five years- my how things have changed.  Don't get me wrong, no one forces me to eat anything, because I do what I want and obviously eat what I want.  I like to think that Van opened my eyes to the wonders that are pork and veal and lamb and on and on and on. Am I making any veg-heads sick yet? Who knows, maybe one day I will come to my ethical/philosophical senses again- but right now I am enjoying my meat! Also, if you know me- you know that Van is a phenomenal chef- and cooks/prepares a lot of meat that I get to enjoy.
Last weekend was Van's 29th birthday- last year in his 20's, so I took him out to a relatively new restaurant here in Pittsburgh that we've been wanting to try, Meat and Potatoes. The gastropub is located in downtown Pittsburgh, and parking was down the street in a neighboring lot.
I made reservations, so we were seated right away- and the place was packed.  We started with drinks of course. An IPA for Van, and a stout for me.  I'm not a fan of hoppy beers. 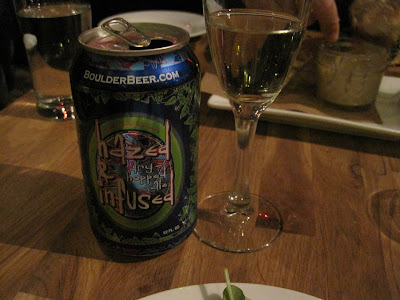 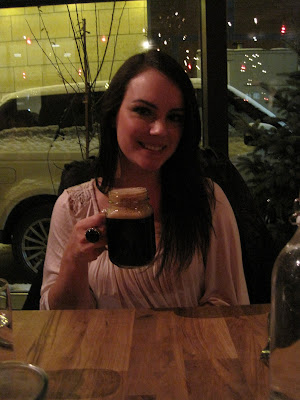 Then on to appetizers...pate (my favorite) and mushroom arugula flatbread. The pate was better than the flatbread, but both were good. Btw, the portions are huge. 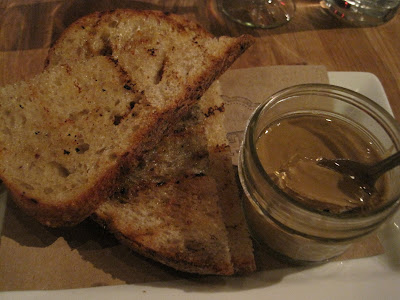 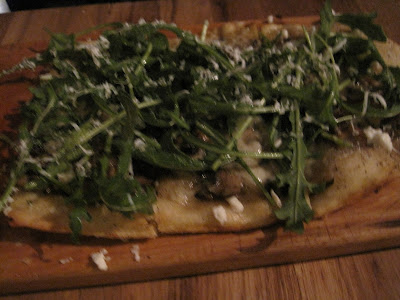 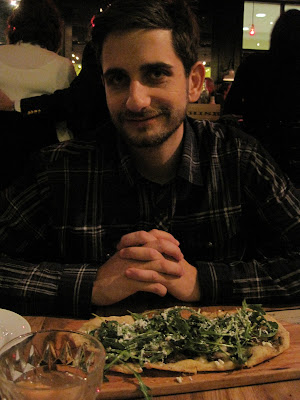 Next up were the entrees.  Even though I never really order pasta as a main course, I wanted to try the gnocci pasta, which is basically potato-dumplings deliciousness. 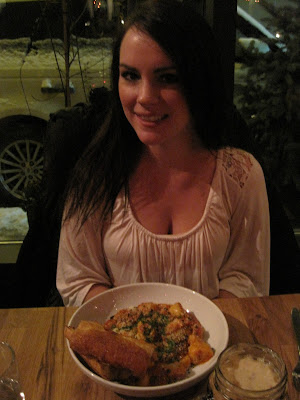 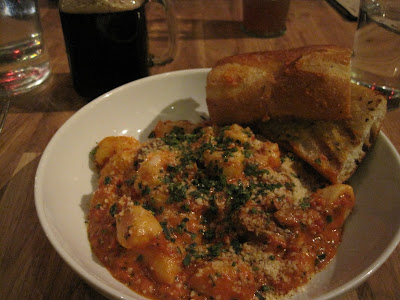 As you can see the gnocci also had bits of pork in the sauce, everything from pulled pork to pork belly.  Really. Tasty.
Van went with the pastrami burger(burger plus pastrami-style pork belly) and fries.  He liked the burger, (so big he couldn't even finish it) and the fries were average. 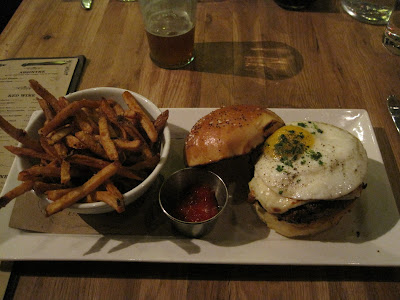 Yes, that is a fried egg on top. 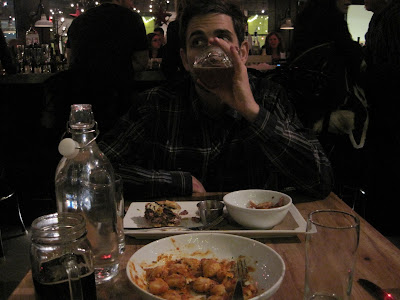 I would give the overall experience as well as the food a solid 4 out of 5 stars.  The portions were extremely large, which in my opinion isn't always the best. The atmosphere had a cool vibe, and the bar was packed and loud.  We will definitely be back, maybe even for my bachelorette party here- and I'm loving that several new restaurants are opening up in Pittsburgh.  Keep it coming PGH!
xxM
Posted by Megan Loraine at 9:30 PM